Over the past 15 years, I’ve cut feature films, narrative scenes, verite/documentary, commercials, trailers, music videos, and anything else you can throw on an editing timeline. Here’s an assortment of tips I’ve compiled along the way. While this list is far from comprehensive, these principles have kept me sane through long and weary nights in the editing bay. 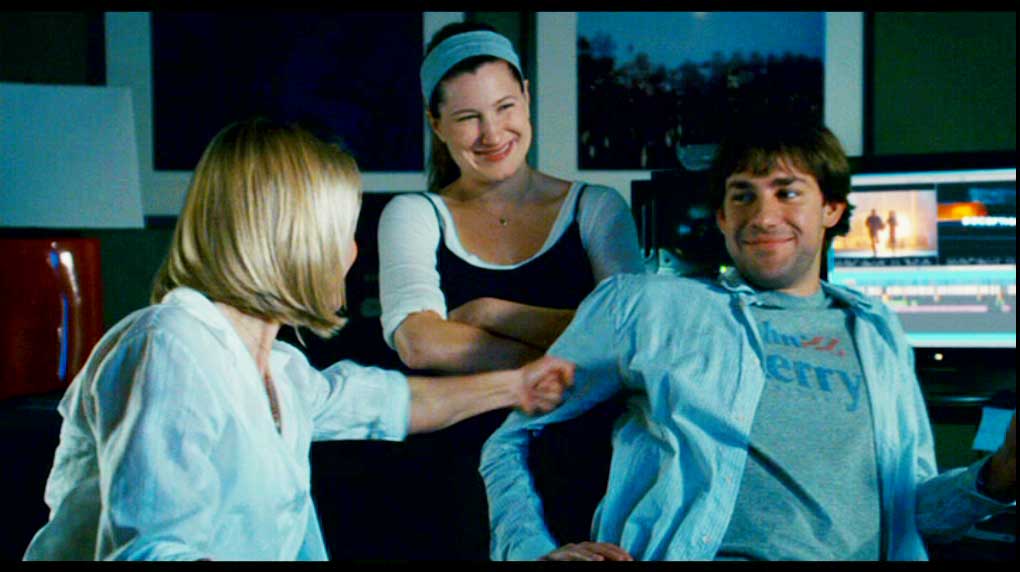 2. Don’t edit from the cheap seats

Edit so that the audience doesn't feel like they're watching from the cheap seats. An emotional beat driven by the actor's face won't read in a wide shot (unless that actor is big-faced Olmec from Legends of the Hidden Temple). Don't make the audience squint.

Don't underestimate the audience's ability to multitask.  They can comprehend what a character is saying while also admiring the colorful production design while also analyzing the subtext while also being moved by the actor's performance.  Just like sharp dialogue fulfills multiple purposes at once, so do sharp editing choices.

Careful with cutaways to B-roll or reaction shots used to mask a cut.  You may be using these shots as timeline spackle, but make sure they serve the story, too.  If a reaction shot doesn't show some glint of emotion or insight into the character's emotional state, it's going to look like what it is - a Band-Aid, not a storytelling aid.

Pacing is everything. Don't slow the scene's inner pulse just to linger on what seems like a cool image or a revelatory look from the actor.  If the shot is that awesome, find a way to make it work within the rhythm you've got going, not apart from or despite it.

If you are creating a languid rhythm on purpose (i.e., for a dramatic short narrative or a contemplative experimental film), take care to ensure that slow-burn silences are suspenseful and evocative, not boring or inert.  Does the complexity of the image demand that we continue to investigate it?  Does the music, sound design, or dialogue help sustain the image at length? Even in slow-burn projects, find the forward momentum.

8. The 30-degree rule is optional, but helpful

If you strive to cut to an angle more than 30 degrees away from the previous angle, you have a better chance of giving your audience a seamless viewing experience.    Personally, I think breaking the 30-degree rule is probably more jarring than breaking the 180, though it's somehow become more in fashion these days.

In dialogue scenes with multiple speakers, use L-cuts and J-cuts to mimic an observer turning their attention to a new speaker. In a conversation between Peggy and Don, an observer would typically look and listen to Peggy, then hear one or two words from Don before turning to him. Deploy a J-cut accordingly by letting the audience first hear one or two words from Don before cutting to him. If Peggy says something shocking mid-sentence, use an L-cut to show Don’s reaction before he decides to speak. And finally, consider this: if Peggy asks a question, perhaps neither an L-cut or J-cut is needed since an observer would immediately turn to Don after Peggy finishes asking the question. The larger takeaway: to boost your dialogue-cutting skills, take note of how you observe conversations in real life.

10. Variety is the spice of film

In dialogue scenes with multiple speakers, try cutting after prepositions, connecting adverbs, and other transitional words.

So for example, if the above sentence were a character’s dialogue, I might cut it like this:

The results feel much smoother. The cuts feel much more invisible. I think it has to do with how the brain processes language. Those neural pathways of ours are most greased up for new information after words that indicate that something new is about to come. It's not an exact science, of course. There are also plenty of other things to consider, like overall scene rhythm, story motivation for cutting, and what the content of the shots convey to the viewer.

12. Work with the sound folks while you’re cutting picture

It always helps to work with the sound designer and music composer with your rough cut in progress, and not afterward.  The most beautiful moments happen when there's synchronicity between the picture cut, the sound mix, and the soundtrack.