So….. that All in the Family / Jeffersons revival. Thanks! I hated it.

Yes, All in the Family was as groundbreaking as the butter-thick fanfare from ABC, Jimmy Kimmel, and Norman Lear himself insisted. Alas, the worst way you can pay tribute to such a smart and incendiary show is to remake it line-for-line in 2019.

TV pundits have spent the last four-odd decades asking, “Would such a groundbreaking show like All in the Family ever work in today’s PC culture?” The question clouds the issue by the very way it’s framed. The truth is, as evidenced by last night’s painfully well-intentioned tribute, All in the Family wouldn’t work today for all the reasons that it DID work back in 1970.

It worked because back then, American pop culture was a monolith of 3 broadcast channels, a vanilla Billboard chart, and no Twitter. So when the Bunkers screeched their way onto TV with their racism, sexism, and freewheeling ignorance - almost nihilistically joyful in their ceaseless bickering - they made public what was shamefully private. I’m sure that large portions of the white viewing audience heard the Bunkers’ living room arguments almost as eerie transcriptions of their own.

But to trot out a sitcom text designed for 1973 and present it to an audience in 2019 is to pretend - for 25 uncomfortable minutes - that today we aren’t bombarded with daily social media tirades from the Trump-loving Archie Bunkers and smug snowflake Mike Stivics in our lives. If All in the Family had a mission to expose the ugliness of middle America to itself, to get it all out and onto the kitchen table so we can poke at it and deal with it, we might look around the hellscape that is our social media feeds today and say, “Uh….. mission accomplished?”

The difference, of course, between our news feeds and the fictional Bunkers is that the Bunkers were funny, even when they were annoying as hell. Lear’s nimble writing was key, and so was the cast. Carroll O’Connor played Archie’s buffoonery as a pained matter of fact, with no trace of knowing irony or apology. I felt really sorry for Woody Harrelson, who spent all night wrestling with the awkward material and gave us an oddly lithe and twitchy Archie. There’s a shrewd and intellectual air to everything Woody Harrelson does, which is usually compelling to watch, but which negated the comedy when placed in the context of the 704 Hauser living room. He would have done well to serve up Trump-flavored idiocracy; instead, he gave us ominous Pence vibes.

And the rest of the Bunkers similarly wrestled with not just the dated material, but - oh my God - those accents! ABC needs to send a formal apology to Queens, and especially to national treasure Ellie Kemper. I guess it’s also worth mentioning that, with few current exceptions, the studio sitcom is something of a lost art. Despite the fact that the actors all had various levels of experience with acting against four cameras, no one came close to achieving the patter and rhythms of the source material they spent all night revering.

The Jeffersons re-do fared a little better, because the material hewed just a little closer to something resembling how contemporary fiction and pop culture grapple with race and class. Louise’s struggle to come to terms with her newfound social standing still feels resonant in 2019. Will Ferrell and Kerry Washington as the Willises gave us something that we badly needed throughout this whole affair: a fresh interpretation of the original characters. I enjoyed that James L. Brooks directed them to lean into Tom and Helen’s gleeful intoxication. I would watch these two as a whiskey-swilling, cardigan-wearing, cackling-about-their-riches couple for many divine seasons.

Also, I gay-gasped when Marla Gibbs popped her head in to show everyone how it’s done. 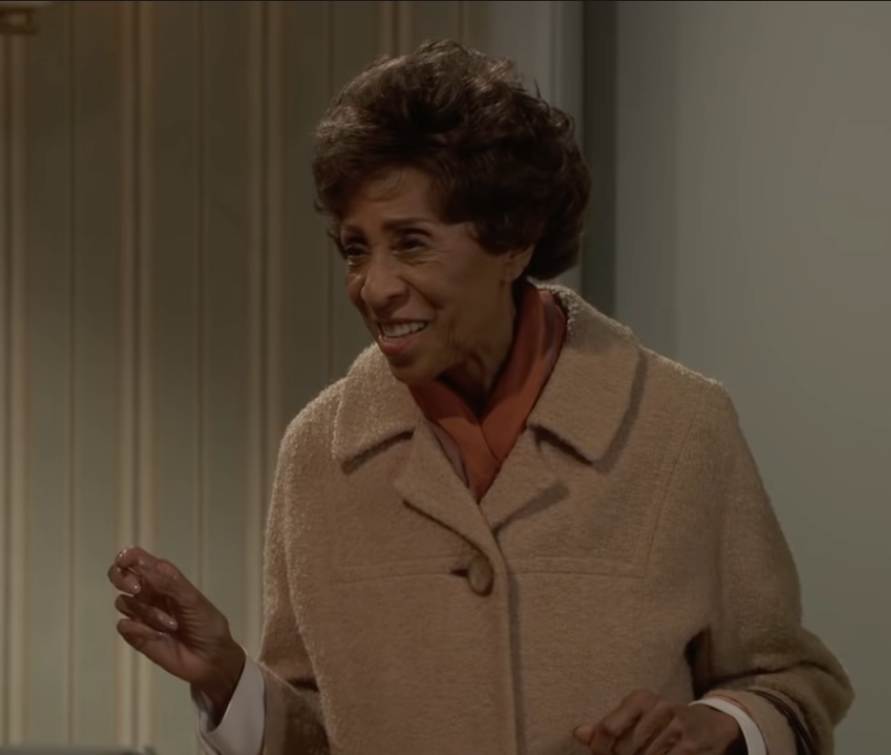 Anyway, I hope that this revival was a one-off special destined to live on at the bottom of a few Wikipedia entries, and that it wasn’t a back-door litmus test to resurrect these shows in earnest. (Ya never know.) Let’s leave the legendary Lear oeuvre in the past. Let new giants stand on his shoulders, and let new unspoken truths be spoken. Let’s sing “Those Were the Days” one more full-throated time, and move on.