I've adored Company ever since I squinted at a low-res DVD of the 2006 production starring Raúl Esparza as Bobby, the boundless bachelor. This weekend, I finally saw my all-time favorite Sondheim show on Broadway! 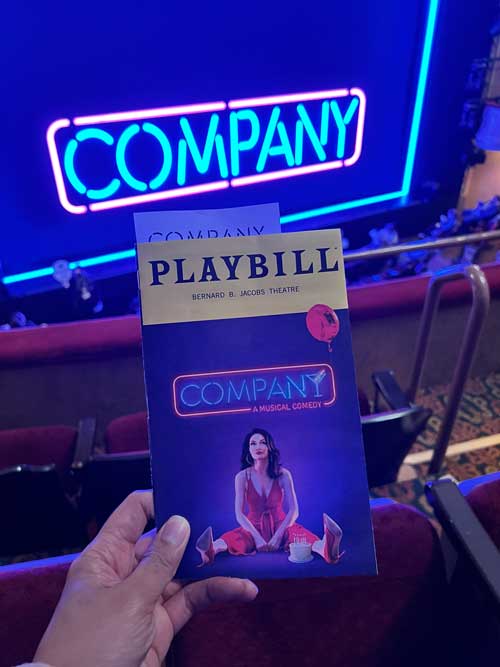 I'm thrilled to report this adaptation honors and even elevates Sondheim's original story about a charismatic thirtysomething's sexistential crisis. Director Marianne Elliott and the effervescent cast whip the exhausting niceties of marriage into a dazzling disco circus punctuated by martinis and selfies. 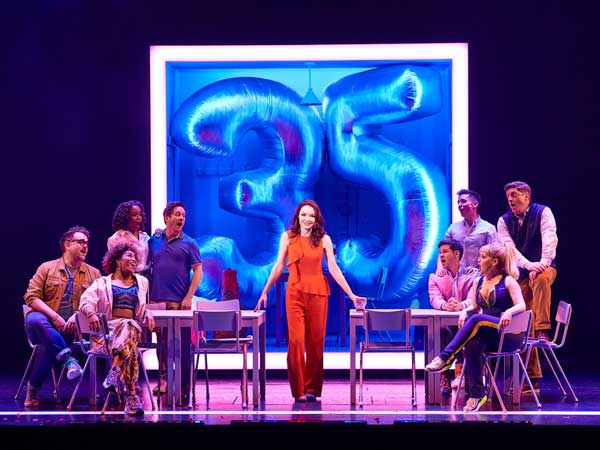 In a bid to keep the show current, Elliott gender-flipped the characters. This creative gamble pays off in key ways. Ditzy April is funnier as lunkhead Andy. Neurotic bride Amy works almost too well as hyperventilating gay Jamie. (Maybe he's not "Getting Married Today" because he's simply had one too many iced lattes.) 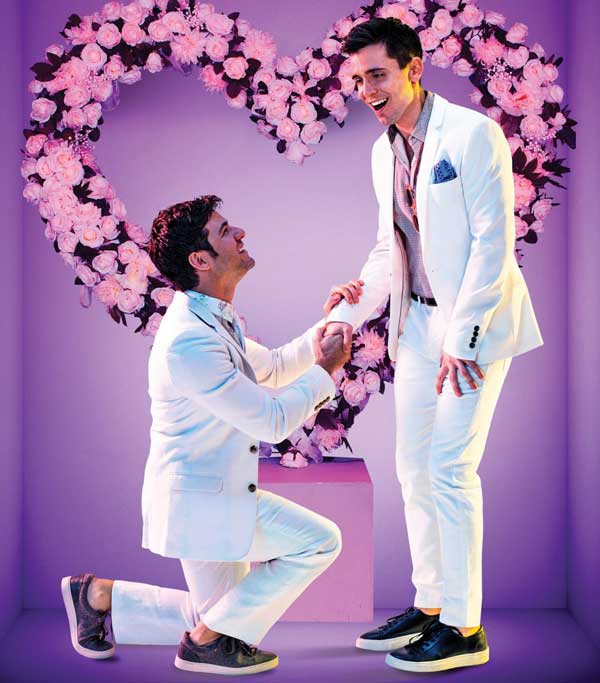 And Katrina Lenk's Bobbie is charming, disarming, and inscrutable as ever. She's at the center of a world in which a woman can juggle a healthy roster of boyfriends and not get slut-shamed for it by her partnered pals. Ho is life, y'all!!!

But the societal (and biological!) pressure to settle down is still there - nuanced, filtered, muted, and blunted by today's myriad options for intimacy, but still there. In some ways, that glass ceiling is "the point" of this production, but in some ways, it's an obstacle for the show itself. 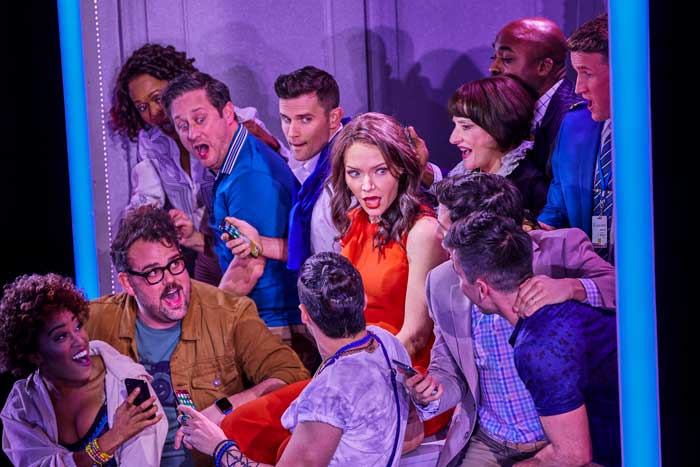 For all its savvy updates, the show still has its heels dug into 1970. I wish Bobbie was given more opportunities to explore all the options she really has at her disposal in 2022. But at that point, I think I'd be asking for a different show altogether - one that could have her seriously consider polyamory, or freezing her eggs, or finding true joy in being single.

Bobby's evolution into Bobbie also deprives the show of some things. The "Ladies Who Lunch" scene is defanged of its Oedipal bite. 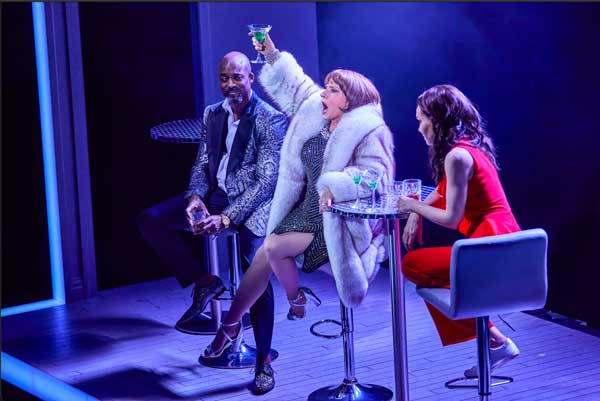 And while "Someone Is Waiting" still works when rewritten to accommodate men's names, it's hard to top the "Je ne sais quoi" poetry of the phrase "Jenny-ish Joanne."

(The show also loses the ongoing tension of whether or not Bobby is gay, though it's just as well: the idea that queerness might render a man emotionally unavailable has long been one of this show's tinnier distractions.) 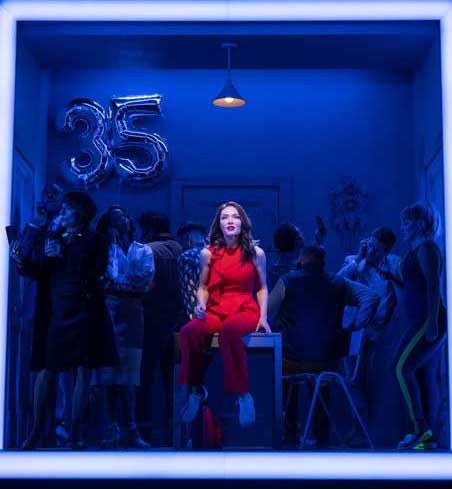 Overall, Elliott's direction keeps the show's angstier proclivities at bay without losing its heart. By translating Bobbie's infinite yet limited romantic choices into a theatrical feast lined with bright LED lights and brighter insights on love, Elliott reminds us that marriage is a performance. This adaptation is sharp - cunning, even - in how it invites us to ask who's the audience.